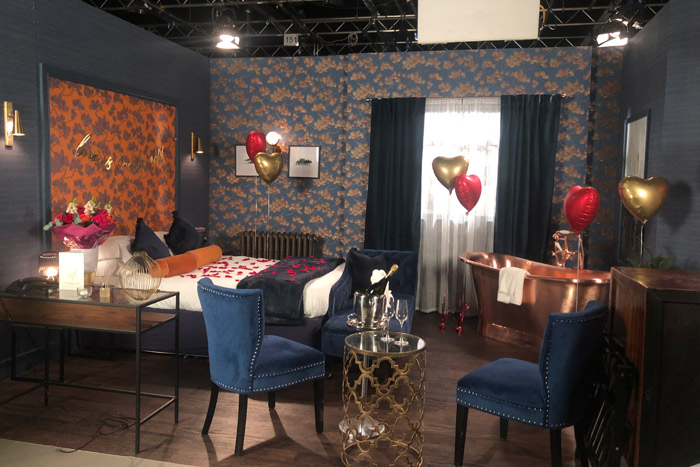 We recently had the pleasure of working with ITV and Coronation Street to supply bespoke products for the honeymoon set featuring Tyrone Dobbs and Phill Whittaker.

The episode, which aired on the 15th July, featured one of our 795mm Ribbon 2 Column Cast Iron Radiators, finished in Antiqued Hammered Gold, and one of our 935x625mm Colossus Horse Steel Towel Rails, finished in Brushed Copper.

You can come and see both of these stunning products of ours, and more, in our Lincolnshire Showroom! 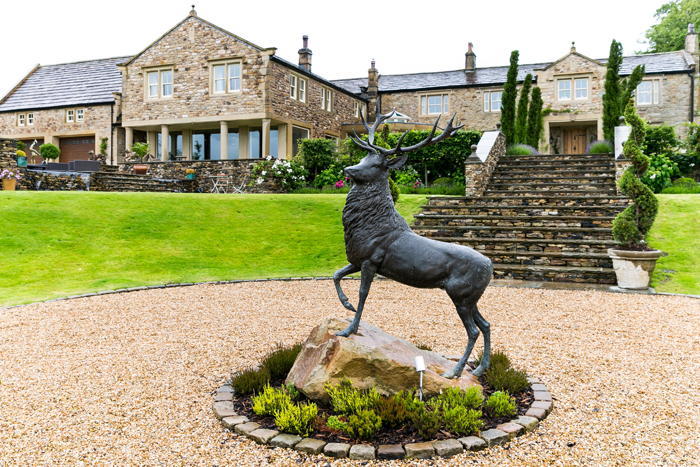 The owners chose authentic Carron (Trads) cast iron radiators for some of the bedrooms and upper corridors. These radiators complemented the characteristics of the original stone built Cob Manor. 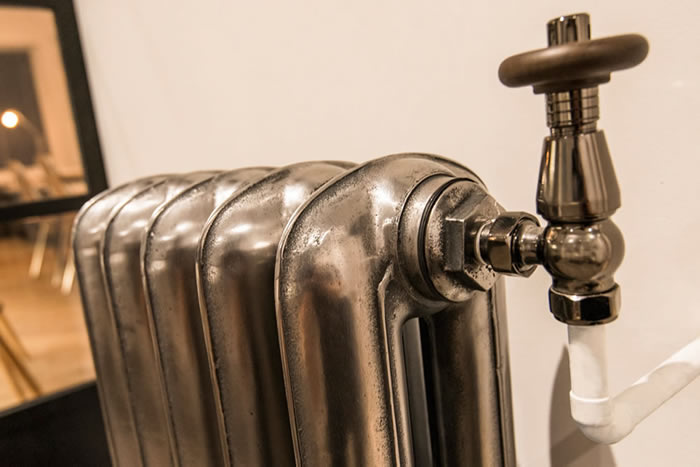 The aim - to deliver a high end modern development with sophistication and industrial charm.

Originally built in the 1930’s as a furniture warehouse, the building had a front row seat to the explosion of development in the surrounding area. Today, over 90 years later it is the centre of a £10m redevelopment and conversion to ultra-stylish city apartments and penthouse.

The developers, Elevate Property Group together with locally based architects D5, have begun the extensive task to style and decorate the interior of the apartments using products manufactured sourced or from the UK.

A stockist was chosen to supply Carron radiators sections of various styles, designs and sizes to furnish the first 2 apartments, to be put up for sale to the general public. With plans underway to complete further supply of radiators, Concord House is an on-going development. 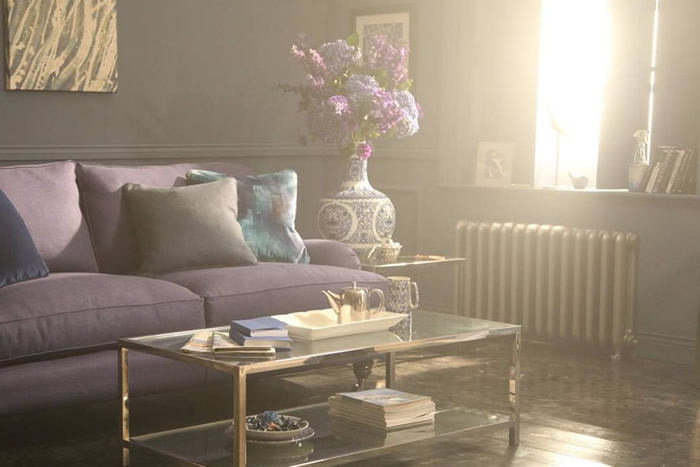 In 2015 Carron were delighted to be approached by the national furniture retailer Multiyork Furniture Limited. A Carron Duchess radiator was prearranged on request to feature in the Spring TV advert for the furniture Company.

The Duchess Cast iron radiator looked right at home in the classic decorated décor, with metal rimmed coffee table and a vibrant deep purple sofa. Just one example of how Carron’s extensive range of stylish radiators are versatile to suit any furnishings. 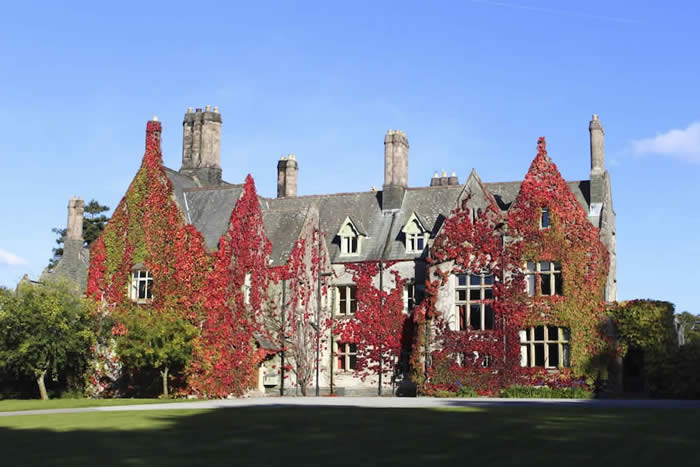 In 2013, Carron were fortunate to be approached by the new owners of the Lingholm estate to supply the cast iron radiators throughout the period property.

The Lingholm Estate situated on the Western Shore of Derwent water, is adorned with some of the most extraordinary and impressive views of the Lakeland fells. The ever changing landscapes are one of the hallmarks of the Lake District. Famed for its sheer beauty and for the historic estates that are located throughout the countryside.

Located in the Northern part of the Lake District with the market town of Keswick only 3 miles to the East. The crowning glory of the estate is a superb grade II listed Victorian house, built circa 1870 and frequented by world famous children's author and illustrator, Beatrix Potter.

Between 1885 and 1907 Potter spent her summers with her family and friends, walking, writing and drawing in the grounds. The surrounding woodlands and forests are said to be the inspiration behind 'The Tale of Squirrel Nutkin'. She also made several sketches of the kitchen garden at Lingholm, believed to be the idea of Mr McGregor's garden in the 'Tale of Peter Rabbit'.

After a period of consultation, which entailed several onsite visits to establish specific requirements and as to which radiator/s would be best suited, a full suite of Carron’s cast iron radiators were supplied.

Once installed the owners were delighted with the radiators supplied and comments about how wonderful it is to see the Estate keeping true to the character of the house, to retain the integrity of the Victorian property.

Carron are immensely proud and privileged to be part of this project and hope anyone who visits are suitably impressed. 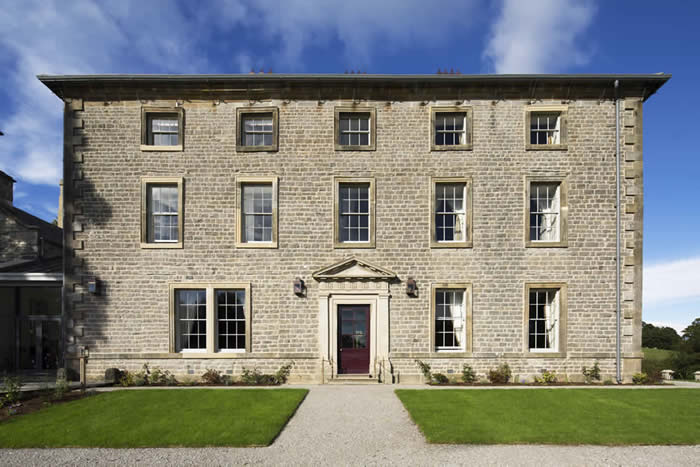 Take a Georgian Country house in rural Lancashire, a passion for refined restoration, and the opportunity for Carron to supply the heating solution throughout the property. A story unfolds.

Townhead an 18th Century grade II listed Georgian country house, situated in the Ribble Valley Lancashire remained very much unloved and neglected up until 2009. The Country house was also listed on the English Heritage's 'Buildings at Risk' register. Brought by Robert Staples in 2010, thus so began a four year journey of bringing the country house back to life.

Built in 1732 by the Wigglesworth family, the house had endured many alternations and extensions. Over the years it had been used for numerous purposes including a shooting lodge and as a home for evacuees in World War II. Throughout the 1970s, however, the property was abandoned and left to fall into disrepair.

Mr Staples purchased Townhead with the intention of restoring it to its former glory and breathing life into it once more to serve as a family home. With a detailed conservation plan drawn up with the consultation of English Heritage, Mr Staples set about a profound restoration of the entire property.

Where possible traditional methods and materials were utilised, however with the requirements of a modern day home, Carron’s stylish radiators were the perfect choice and in harmony with the aesthetics of the period property.

Carron’s range of traditional cast iron radiators were seamless, not only in keeping to the decor of the house but they could be run off the ground source heating system installed in the property to maximise efficiency.

In total over 80 radiators were installed throughout the property, with many different designs and sizes used. The work undertaken met all of the relevant guidelines and used traditional methods and materials to retain the integrity of the period property.

The restoration project was such a success that Townhead was named winner of Restoration of a Georgian Country House in the 2013 Georgian Society awards.